Navigating Vegas Drinking Laws: What You Need to Know

You already know that Vegas is the nightlife capital of the world, and for a good reason! The hottest clubs, nonstop drinks, and all the lights! Get ready for an epic night out with your girls!

Las Vegas has some of THE laxest drinking rules around (yardstick-long margarita, anyone?).  But there are still a few rules and exceptions for you to remember! So before you and the girls get ready to party the night away and embrace the “what happens in Vegas stays in Vegas mantra,” here’s what you need to keep in mind.

Like the entire country, the legal drinking age in Las Vegas and its surrounding area is 21 and up. There’s no room for interpretation with the drinking age, and you can expect to be carded if you’re even just a few years older than the legal drinking age. Plus, if you’ve got a baby face, keep your ID close and get ready to present it!

21-years old is also a requirement to enter many of the hottest clubs and the bar area at most establishments, so keep that in mind when planning your party game plan!

2. Carrying an open container & consuming it in public is legal in Las Vegas & unincorporated Clark County. (Yes, that includes The Strip.)

Walking around with an open container and consuming alcohol can land you in jail in most parts of the country, but definitely not on Vegas’s famous Strip. Walking around with yours is not only legal; it’s promoted by the crowds of partygoers walking around with tall colorful drinks. So throw out those brown paper bags; no need to hide drinks on the Strip. However, there are some minor, but important caveats to remember.

On the Vegas Strip, which is subject to the laws of Clark County, Nevada, and not the ones in the City of Las Vegas, walking around in public areas, sidewalks, and walkways is allowed. Pretty straightforward, right? But want to party in downtown Vegas? The laws change slightly since this part of the city is governed by the city of Las Vegas. On Fremont street, the open container laws allow for drinking on the street but ONLY if the drink was purchased on Fremont street. No BYOB options here.

Before you start walking down the Vegas strip with a glass of champagne, you’ll want to check out item number five!

Open container laws in Vegas are pretty lax until you find yourself 1,000 feet from certain public facilities like a Church or a Drug and Alcohol Treatment Facility. Take even one step closer, and you’ll find yourself breaking one of the few drinking laws of The City of Las Vegas, as well as unincorporated Clark County and Paradise.

You might be thinking, what is 1,000 feet anyways? It’s about the equivalent of three football fields. So unless you want to spend the night gauging your distance from one of these public facilities,  just keep your partying on the strip and in downtown Vegas. Keep in mind there are a handful of facilities in downtown Vegas to steer clear of.

4. If liquor was purchased in a closed container, it may not be consumed on the premises or within 1,000 feet of the store where it was bought.

This one sounds a little weird. While you can purchase an open container at a bar and walk around the strip while drinking it, you can’t do that when you buy a closed container unless you are 1,000 feet away from the store. Weird, we know.

That means no buying drinks at the liquor store and taking a sip as you head to the counter. Nor any immediate parking lot tailgating. With dozens of stores selling alcohol on the strip, pregaming before you head to the bar is totally possible, just make sure you’re 1,000 feet away from the store you’re purchasing from.

5. It is illegal to carry glass beverage containers on the Strip. Plastic cups and containers are allowed.

So now that you know where you can carry an open container filled with alcohol…the next is knowing the type of drinks you can carry! And we don’t mean mojitos versus Vodka Cranberry either.  We mean your drinking vessel! Those tall colorful drinks are all made of plastic because carrying glass beverage containers on the strip and downtown Las Vegas is illegal.

This law is to prevent glass from littering the streets of Vegas to keep everyone safe. And if fighting breaks out, plastic hurts much less than a glass bottle. This rule against glass beverages isn’t limited to alcohol either; it’s for all glass containers. So no glass bottles of Kombucha either!

Drinking and driving is never allowed in Las Vegas. But say you decide to take an Uber to the next party destination, can you drink in the backseat? The answer is no. Nevada law strictly prohibits open containers in vehicles whether or not you’re driving. There is, however, one exception.

Limousines! You and your girls can break out your best bottle of Cristal and toast your way to your next destination without worrying about breaking Nevada state laws.  There are tons of party spots to hit on the strip, and with a limousine, you don’t have to slow down as you hop from spot to spot. Interested in checking out our limousine services? We’ve got stretch limos and buses available to deliver you and your girls in style! 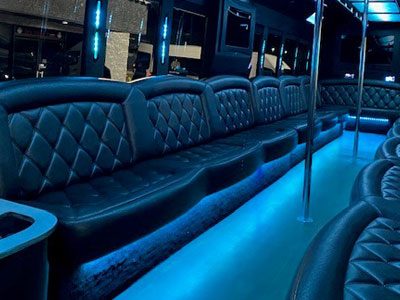 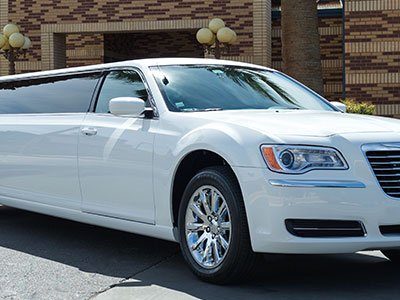 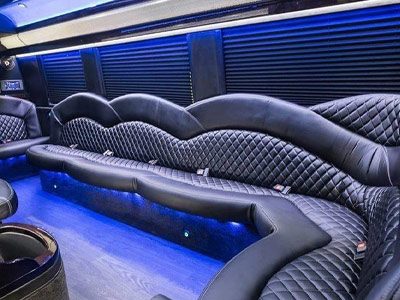 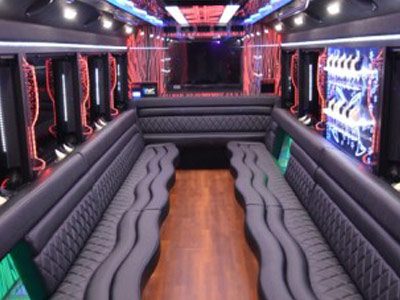 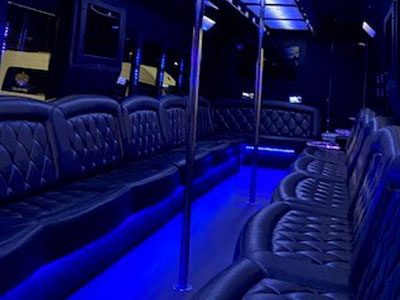 There is no end time to partying in Vegas. Bars can stay open 24 hours, and there are stores everywhere to purchase packaged alcohol around the clock.

So if you want to kick off your party with a mimosa for breakfast and a couple of beers for lunch, you do you! If you want to spend the day drinking at one of the growing number of day clubs popping up, rock on.

Just don’t forget items one through six above!

Trying to remember ALL of the exemptions and caveats within the drinking laws can be such a wet blanket on your epic girls’ night out.  You can designate a “drinking law remember-er” in your crew but trust us; no one will want that job! Or you can let us take care of it for you!

At Vegas Girls Night Out, we offer various limo service packages to help you arrive in style and keep your party going and within Las Vegas drinking limits. We’ve got an in at the hottest bars in the city, so if you still need help putting your game plan together, we can make it happen too!

Contact us, and one of our event planners will tell you all about it!

Party on girls and stay safe!

Most Instagrammable Strip Locations For A Day Shoot
February 25, 2021

Go to Top
We use cookies to ensure that we give you the best experience on our website. If you continue to use this site we will assume that you are happy with it.OkPrivacy policy